ITx Rutherford is coming to town in October. If you can't make it to the full conference, come along to the gala dinner!

Dinner will be a family style culinary feast, with a feast of platters delivered to, and shared with, your table. The meal has been designed to cater for everyone while making even the most picky foodies happy.

Wash the meal down with matching wines, beer or non-alcoholic drinks - included in your ticket. 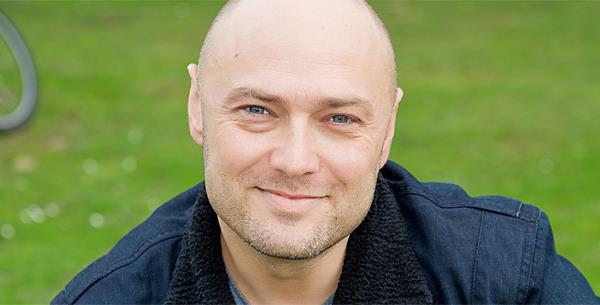 The dinner will be hosted by Brendhan Lovegrove, one of New Zealand's top live comedians.

Brendhan was host of TVNZ's Pulp Comedy alongside various 7 Days appearances. He's also won the coveted NZ Comedy Guild's Best Male Comedian award an unprecedented 9 times (along with a Billy T James Award and a host of other awards). He's the real deal. Following the dinner, Paul Madsen's Superstar Band will be rocking the house until late.

Paul Madsen (of Stars in Their Eyes fame) heads up some of NZ's best tribute show performances and this will be an incredible night.

The band has been entertaining audiences around New Zealand for the past 15 years, from opening of Super rugby games to TV appearances like TVNZ's Stars In Your Eyes, Corporate, Clubs and Theatre. The Superstar Show is ten different shows in one. Number one hits from The Eagles, Beatles, Abba, Queen, Bee Gees, Ed Sheeren and heaps of contemporary music - Nothing but the hard hitting hits from these legendary bands.

In honour of Ernest Rutherford, the theme for the dinner will be Mad Scientists. Get in the spirit and dress up, or not. Either way, it'll be a truly awesome night.

Dinner tickets include a "Tastes of Nelson" feast including drinks. And we know that tech folks are often late-night folks; if that's you, and as has become legendary in ITx conferences, we've organised an after-party to run until the wee small hours.

Costs of attendance are as follows:

If you have a standard (i.e. not trade stand) registration to ITx Rutherford, your ticket to the gala dinner is included! Otherwise, you can register for this event via Credit Card online now by using the link below, or alternatively call 0800 252 255 with your Credit Card details.

ITP Corporate Partners and approved organisations can opt to pay by invoice by calling 0800 252 255 or emailing attendee and business details through to [email protected]. Credit criteria and other conditions apply.

Please note that this session may be video or audio recorded for viewing by other members at a later date. As it is possible that audience members may be incidentally recorded, please let us know if you specifically want to be excluded and we will ensure you are not shown.